Alt-J is a contemporary indie rock band that started out in Leeds, England back in 2007. The three members that make up the band are Joe Newman, who takes care of the lead vocals and guitar, Gus Unger-Hamilton, who plays the keyboards and provides backup vocals, and Thom Sonny Green, who handles the drums. The band’s name comes from a manual command that exists on Apple brand keyboards, in which pressing the “Alt” key and “J” key simultaneously will render a triangle symbol (∆) on text programs such as notepad or Microsoft word, which stands for the Greek letter “Delta.” Despite the origin and meaning of the band’s name, the band itself is literally pronounced as “Alt-J”. 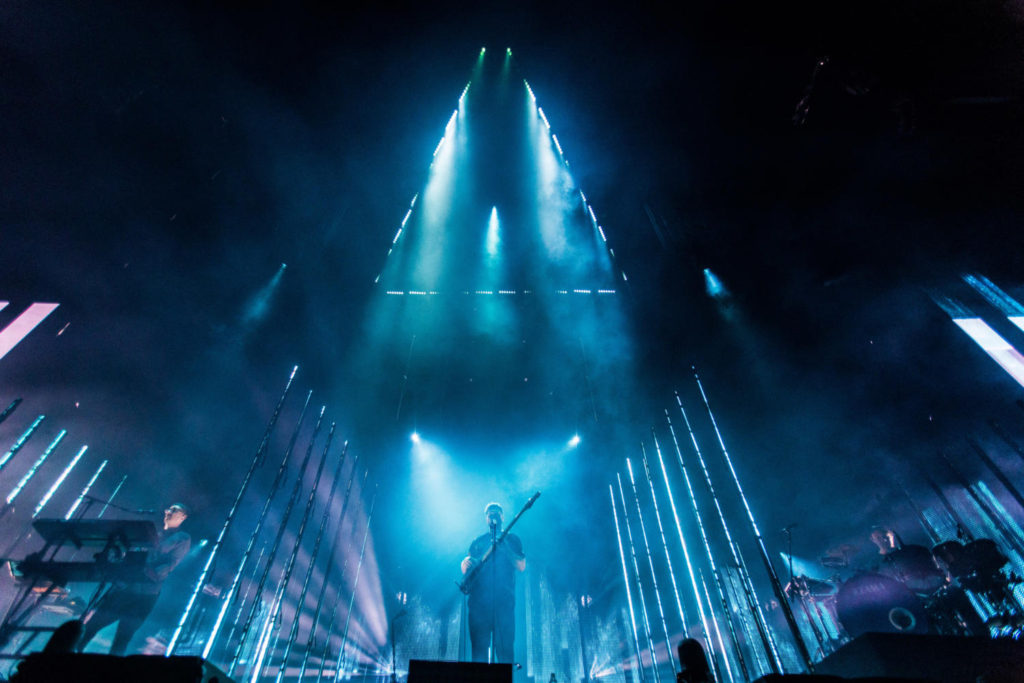 Initially, Alt-J contained a fourth member, Gwil Sainsbury, who played bass and guitar for the band’s first album. Sainsbury played a major role in the band’s conception and early years and was, in fact, one of the two original creators of the band. The four band members met and became friends while attending Leeds University in 2007. After learning of their mutual interest in music, Sainsbury and Newman began to record song ideas in their dorm room using GarageBand, with Sainsbury working as their main producer. Interestingly, the band now contributes their atypical music style to the fact that they had to be as quiet as possible while recording at their university, leaving their music with a unique, muted quality.

Alt-J truly broke into the music scene in 2012 with their first official album, “An Awesome Wave.” This incredible debut album won the Mercury Prize, a British music award which is annually bestowed upon the best album created by English or Irish artists and released in the U.K.  From there, the band has gone on to release three studio albums, four EPs, one live album and sixteen singles.

Alt-J is in the midst of their 2018 tour, and they are currently in Germany until the third of June. Then they’ll be touring stateside in select cities around the U.S., including:

END_OF_DOCUMENT_TOKEN_TO_BE_REPLACED

MusicMag | Beck Hansen is an extremely talented and multifaceted musician who has been performing both professionally and unprofessionally since the late 80’s. As a multi-instrumentalist, singer, rapper, songwriter, and record producer, Hansen has effectively made himself into a one-man-band. Millions of people all over the world are now...

END_OF_DOCUMENT_TOKEN_TO_BE_REPLACED

Music Review Magazine | Glass Animals | How to Be A Human Being With Glass Animals currently on tour in America, we thought this would be the perfect time to take a look back at one of my personal favorite songs from their wonderfully weird 2016 album, “How to be...